Wang Teerak: The Sweet Memory of A Thai-Buddhist Girl with Muslim Friends 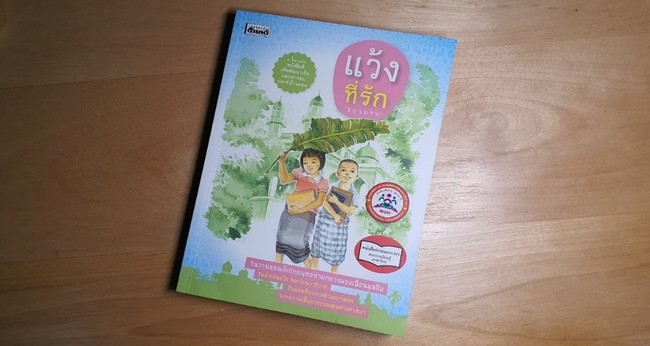 The news on insurgency in the area of 3 southern border provinces makes the name of Wang District, the border district of Narathiwat shown in various kinds of media. Due to bombing in many areas including district offices, private companies, roads, and civil servant houses, Wang villagers have had to live with paranoia although it was the hub of people from various races, including Thai-Chinese, Thai-Muslim, and Thai-Buddhist people, who had lived together peacefully in the past. If you want to imagine on the picture of peace in Wang District in the past clearly, we would like to suggest everyone to read “Wang Teerak”, the work of Dr. Khwandee Attawutthichai with pen name as Chababarn.

Dr. Kwandee Attawutthichai, the writer of “Wang Teerak” spent the life of her childhood at Wang District in Narathiwat because her father resigned from the former work and brought family to settle down in this district. Therefore, she had a chance to learn on rural life there. To live in this district, she had most friends who were Muslim therefore the fun stories told in “Wang Teerak” were expressed through the real life of the writer by presenting in the form of “Young-Adult fiction”. However, its subject matters are classified as a documentary reflecting the history of local community, the story of peaceful co-existence, and relationship among humans without any religious obstacle. The writing style of this writer is similar to the style of many writers in social sciences and humanities but it also makes readers feel relaxed to read as if it is a fiction. Readers will enjoy reading while perceiving the stories of Thai people in southern border provinces amusingly helping to inspiring and developing consciousness on reconciliation that is very important for current Thai society. 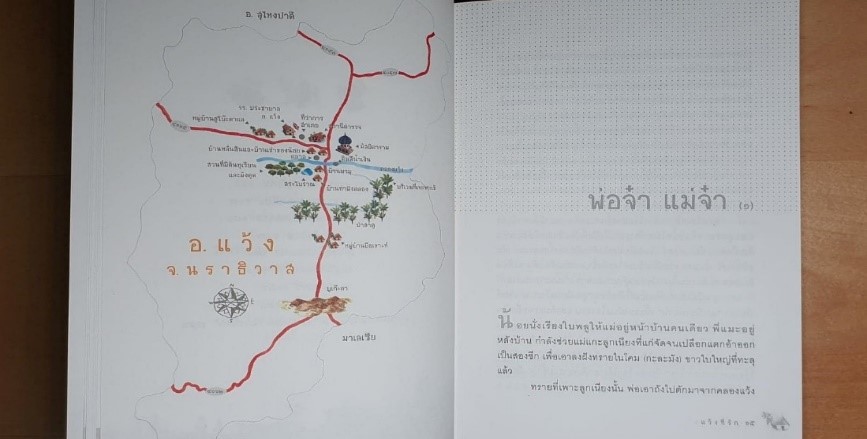 Everything about Wang has still been clear in bright feeling and memory of Dr. Kwandee. She confirms that all persons mentioned in such book are real and all stories written in “Wang Teerak” are told via the perspectives of “Noi”, a Thai-Buddhist girl who was grown in Islamic culture and lived in a community with ethnic diversity. Originally, her parents were Songkhla villagers before moving to settle down in Wang District. Her father worked as an accountant and her mother opened a shop at home for selling vegetables and fish, herbs, spices, and betal nut. Noi had an elder sister, i.e., Mae, and a close neighboring friend who was a Muslim boy called Mamu as well as many friends in the community with diversity on races and ages.

This book consists of 16 episodes including the stories on normal daily life of rural people in lower south 50 years ago, for example, rubber cutting, rubber collecting, rubber drying, local food, traditional ceremonies like fasting and Hari Raya Festival, relationship of family and neighbors with different religions in the community, co-existence of Thai-Buddhist and Thai-Muslim children in the community or schools as well as the history of Wang District. This book lively expresses the atmosphere of reconciliation and peace of co-existence of Thai people from 3 ethnics in Wang District as shown in an episode called Dok Ngear from page 75 and 78 that:

“Although Thai people from 3 ethnics in Wang District do different 3 major occupations including rubber farming, working for government, and trading, they also mixed those occupations based on their skills. This was good because it made Noi’s Beloved Wang had everything, for example, for food selling occupation, whenever Wang villages wanted to eat Ja Koi (deep-fried dough sticks), there would be an old Chinese man to sell in the morning. When they wasn’t to eat Nasik Rabu (spicy rice salad with vegetables), Sarae (spicy salad with seaweed), or Nasi Lumo (oily rice), they could buy them at the market because these food dishes were sold by many Muslim sellers. Some days, I could smell Ayae Piji or grilled chickn and chicken livers in skrewers cooked with undiluted coconut milk and Malayu curry paste of Moh Suyae (Uncle Yae) that was the world’s most delicious roasted chicken for me from the other side of the canal. In the afternoon, some diligent police wives would carry Thai desserts on shoulder pole to sell in front of my house every day.

There was no hustle at this place. Old Chinese sellers, Muslim sellers, and police wives would sell their products and talked with customers pleasantly. They could sell all products every day without competition and quarrel. If they wanted to be rich, they had to be more diligent.” 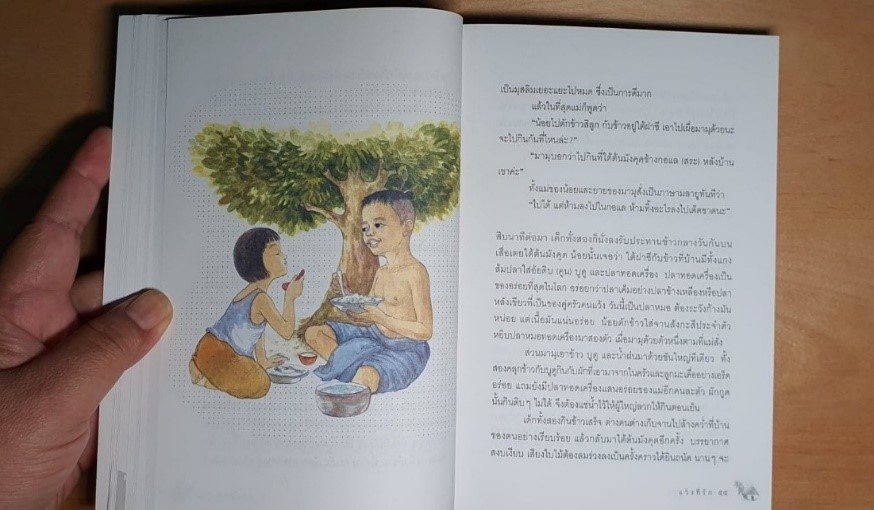 “Wang Teerak” was selected as 1 of 100 good books for developing children and juveniles of 2012 by Office for Promotion of the Learning Society and the Quality of Youth (OPLSQY) and the Project for Selecting 100 Books for Children and Juveniles of 2017 held by Department of Cultural Promotion, Ministry of Culture. In addition, it was also 1 of 45 books selected by Office of the Basic Education Commission (OBEC) as the Young Adult Fiction of Thai learning area of secondary students with the aim to promote reading skills and build reading atmosphere and environment for students as well as to foster the reading habit in children and juveniles.

The life stories of a group of young children were conveyed by the writer lively who can approach the mind of children who read this book along with imagination on beauty of differences of people, societies, environment, and culture. Therefore, this book is highly suitable for using as the textbook for reading and giving opinions in classrooms with teachers and classmates leading to diversity of eternal learning. Importantly, children can perceive that Thai society has valuable social capital making Thai people learn to live together with ethnic and religious diversity happily. 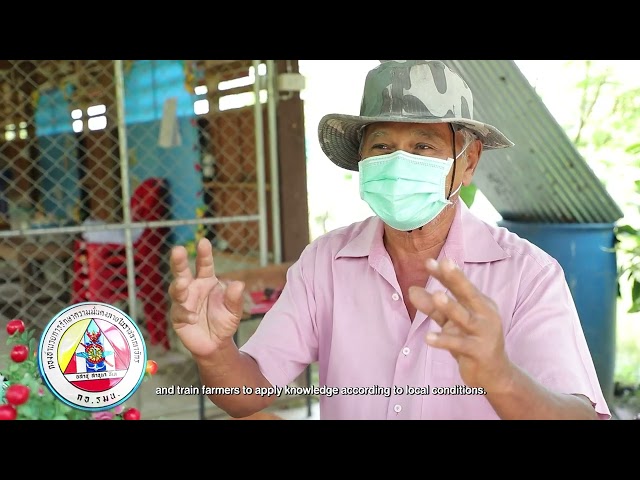 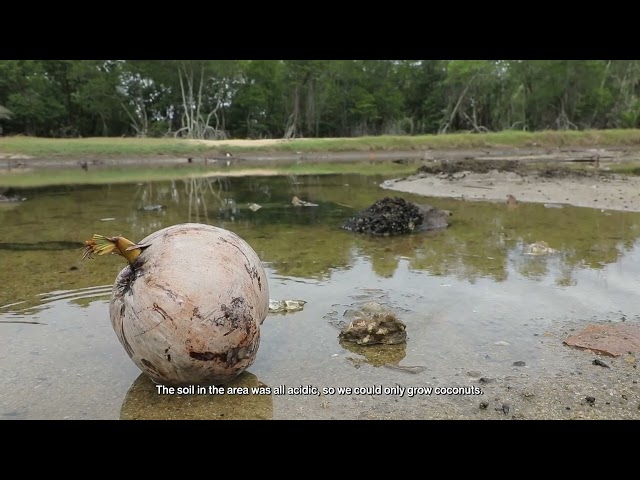 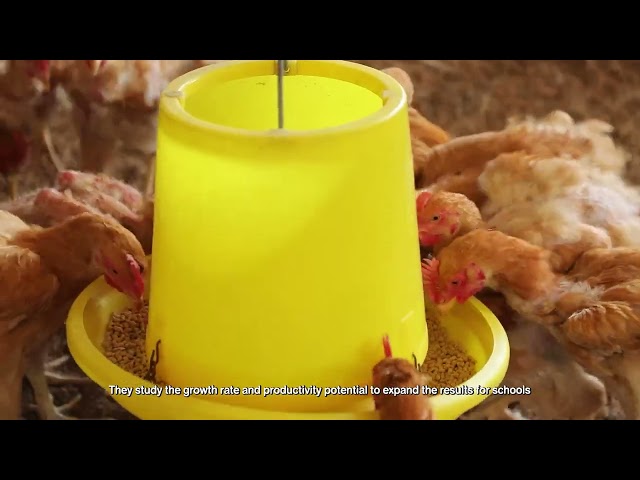 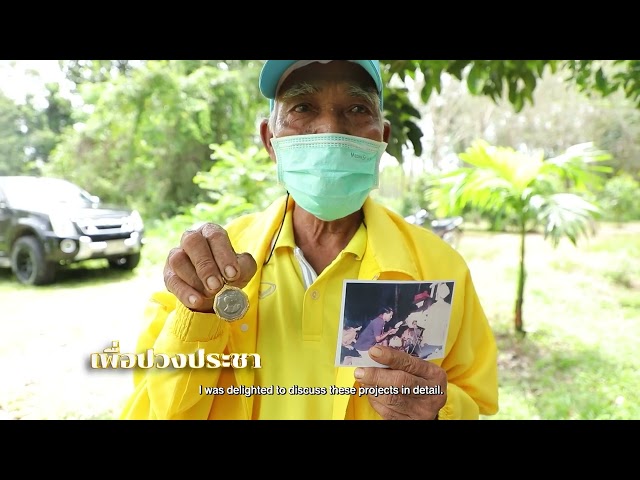