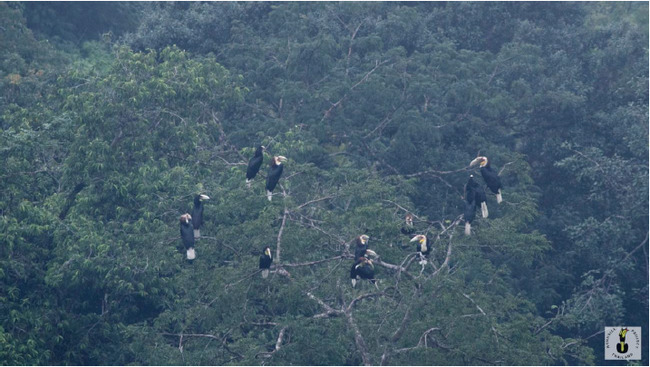 Deep into the forest of southern border provinces, it is the house of 13 species of hornbills that are existed in Thailand as same as those in Indonesia. Moreover, this number of species is also considered as the largest number of ASEAN. Formerly, villagers in the villages around Budo Mountain Range were huntsmen who hunted birds. Currently, activities on Budo Mountain Range are changed from stealing chicks to be the strong united front of conservation cooperated with Thailand Hornbills Project of Hornbill Research Foundation. The hornbill conservative style of Budo-Sungai Padi National Park or “Budo Model” has been highly interested by foreigners and it has been used as the model in other countries. The operations are divided into 2 stages, i.e., villagers will collect academic data during nesting season, and they will maintain and repair nests on trees during other seasons. 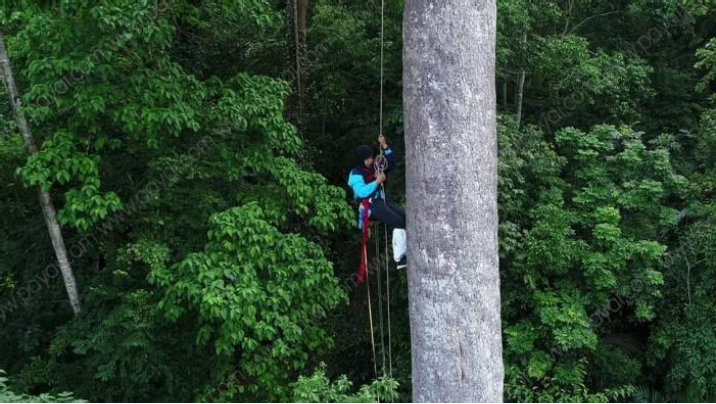 Nureehan Ta-Ulee is a woman who was appeared in a documentary, “The Hornbill Lady”, the winner of International Documentary Contest in EIDF 2020, the movie festival held in South Korea on August 21st, 2020, that is considered as one of the prides of Pa – Yai Creation Company Limited, the producer. The duration of this documentary’s production was around 2 years, and the location was the deep forest where the production team travelled along with Budo Model Team of Hornbill Research Foundation to record operations of hornbill conservation team and rare hornbills in every stage of life started from mating to hatching, and male hornbill’s chick raising behavior until its mate and chicks are able to fly out from its nest.

This documentary was run by following the life of Nureehan, a young Muslim woman who was lively and strong. She always worked together with every team member. Her dream and hope were different from general Muslim women, i.e., she dreamed to strengthen “Budo Model” Project and transform huntsmen to become the united front of hornbill conservation in order to protect these hornbills from threatening and make everyone understand that hornbills are important for ecosystem. If we stop hunting hornbills, it means that we also stop destroying forests. This will help to conserve birds more sustainably.

The Beginning of Guardian 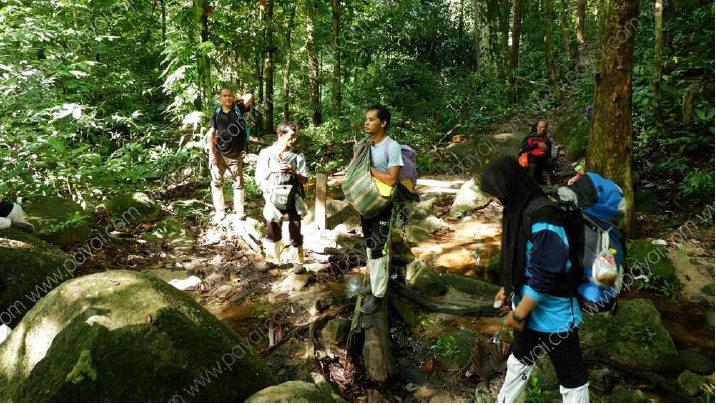 Nureehan has had the relationship with forest and nature since she was a child because she was born and grown in Pa Joe Village, Bacho District, Narathiwat Province. Her house is not away from Budo-Sungai Padi National Park. In her childhood, she often followed her grandfather and father to raise cattle and walk into the forest regularly. Consequently, she had chances to see man trees and animals as well as hornbills. She has her father who works as the assistant of Budo Model Project as her model and inspiration.

She traveled to Bangkok to continue her study in university level at Bangkok Thonburi University in Faculty of Political Science. She could graduate within 3 years and a half. After graduating, she still stayed in Bangkok and worked an employee of a company. However, living among confusion and high rise made her missed pleasant feeling of nature at her hometown. Consequently, she decided to leave confusion and salary of 20,000 baht to exchange with living with her family and nature. Her current salary is 4,500 baht and she is holding the position of the assistant of hornbill researcher in Thailand Hornbills Project under Hornbill Research Foundation, Faculty of Science, Mahidol University, at Budo-Sungai Padi National Park.

Duties to Maintain Passion and Survival of Hornbill Species 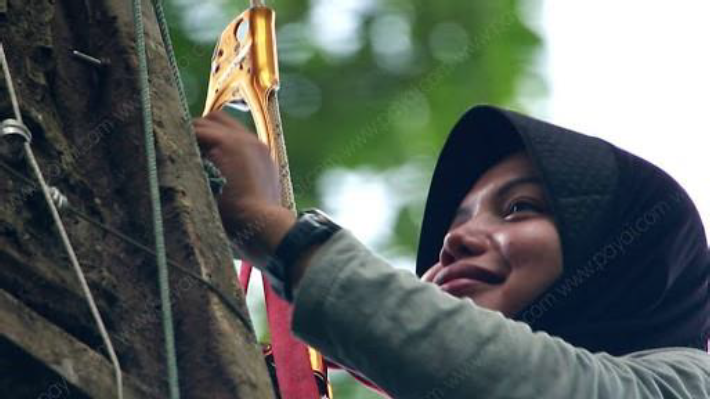 Over 10 years which Nureehun has been the important force of the research team in the area of Budo-Sungai Padi National Park; her main duties are recording monthly data of each local team and surveying trees. Another important mission is climbing trees to repair nests or installing artificial nests. It is considered as an important duty of the research team, but it is not everyone that can perform this duty. Nureehun spent two years to be trusted by the team to perform this duty with the risk on safety due to the height of each tree. The highest tree that she used to climb is over 35 meters.

The situation of hornbills in the area of Budo-Sungai Padi National Park in Narathiwat Province tends to be positive. From the beginning of the project in 1984 to present, it has been found that there are over 600 newborn chicks whereas the former huntsmen who used to steal these chicks for selling as pets have been induced to change their mind and have duties as a part of the research team in their local areas. Currently, Budo-Sungai Padi National Park consists of over 40 staffs that are local people divided into various zones of each village and they have to maintain over than 100 nests of hornbills.

Thailand Hornbills Project was established in 1978 under initiation of Prof. Dr. Pilai Pulsawat. In the first period, Khao Yai National Park in Nakhon Ratchasima was used as the major research area. Currently, there are 3 major research areas including Khao Yai National Park, Huai Kha Khaeng Wildlife Sanctuary in Uthai Thani, and Budo-Sungai Padi National Park in Narathiwat. The number of newborn chicks of these 3 areas from 1978 to present is over than 4,000 chicks. 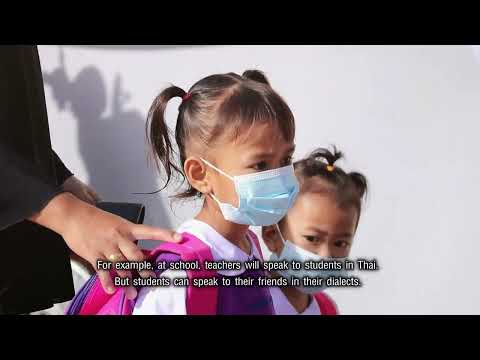 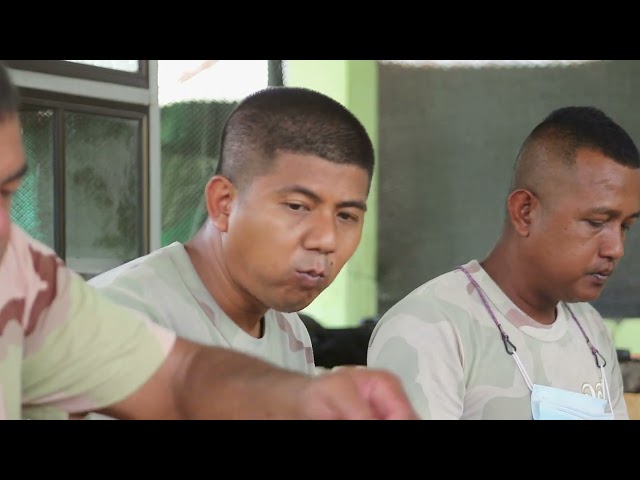 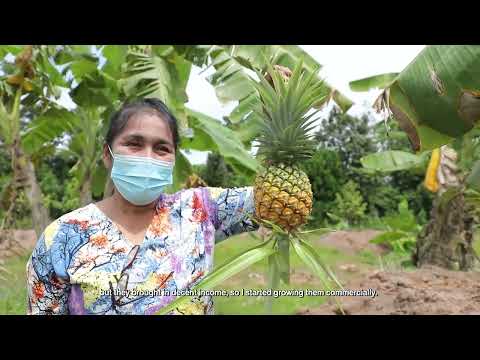 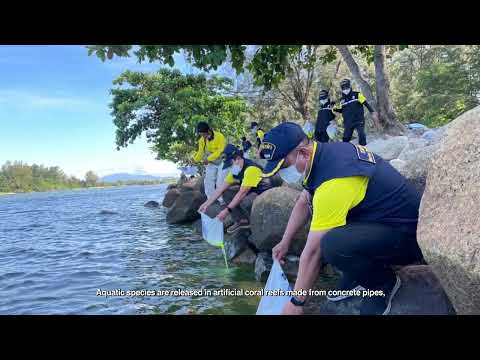