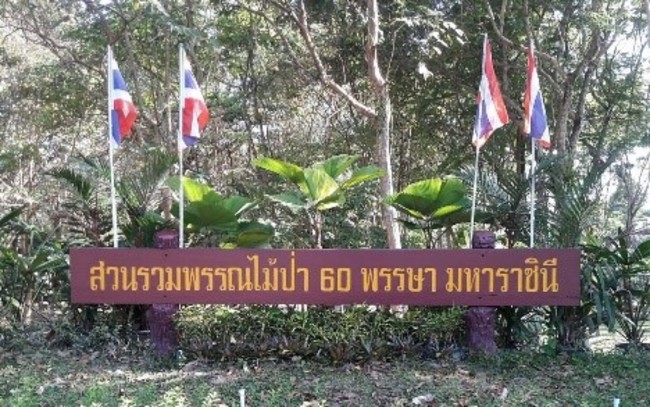 Thailand has varieties of plants including angiosperms and bryophytes for about 15,000 species. Many of them are economic plants while some may be herbal plants. Plant resources play an important role in the future, and plant conservation especially the works related to botanical garden thus have been in Thailand since 1991. The botanical garden organization was established in Thailand to gather, cultivate and breed plants especially for local, rare and endangered plants. Nevertheless, it is to conserve valuable plant resources in the country and to study benefits from the plant resources sustainably.

Standard botanical gardens will have crucial components such as plots of plant, library, plant hall, and laboratory. Apart from plant conservation work, it is a plant learning center for studying of researchers and students or a tourist attraction and recreation area. It is also respond livelihood of humans such as a source of genetics for local community.

From pasture to garden of rare wild plants 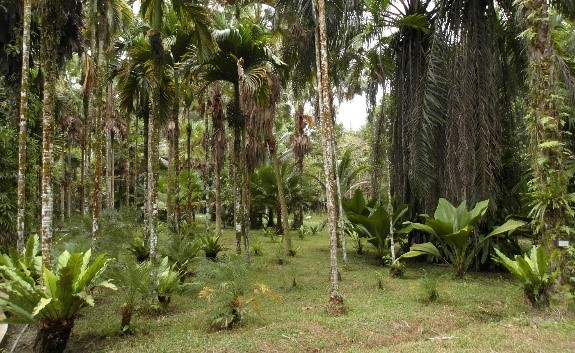 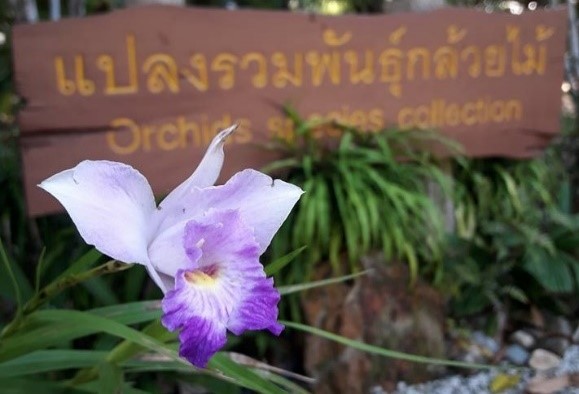 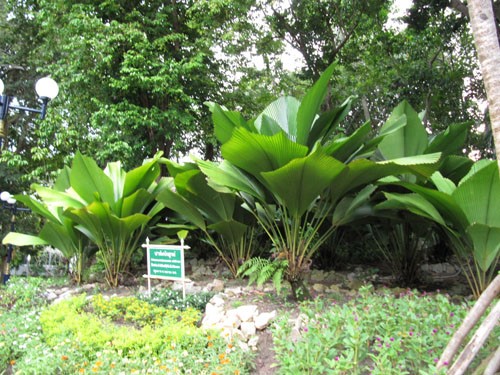 At present, Her Majesty the Queen's 60th Birthday Anniversary Botanical Garden (South) has 600 varieties of plants. Many of them have potentials to be developed as economic plants while some are herbal plants. Some are rare and some are endangered. One of rare plants in this garden is Diamond Joey Palm, which is the plant of Narathiwat Province. It is endangered and a rare local plant of Sungai Padi District, Narathiwat Province. It is a short plant with large bush of leaves overhead that can grow up to 3 meters. The leaves are in wide trapezoid shape with well-arranged veins. This kind of plant is accepted globally as the most beautiful palm, and it can be found in this region only.

The name “Palm Bangsoon” is created by professor Prachid Wamanon, the royal project advisor, when he travelled to survey this area and found this palm grown in Muslim villages. He saw this the leaves of this palm look like “Bangsoon”, a sunshade used in royal pageant, and thus he named this palm “Bangsoon”. However, it is locally called “Buke Epae” which means mountain centipede, which possible comes from its inflorescence that looks like centipede. It is one of decorative palms that is expensive with price ranging from 2,500-10,000 Baht (300 baht/ inch of leaf’s width) 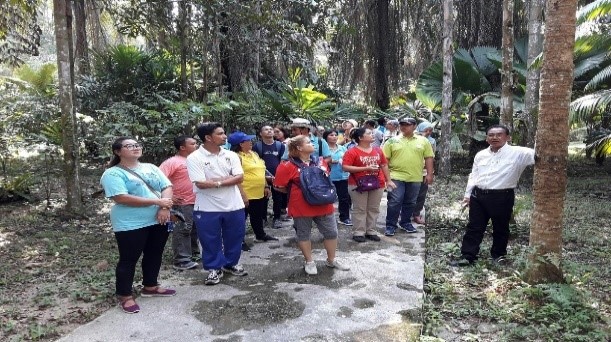 Visitors of Her Majesty the Queen's 60th Birthday Anniversary Botanical Garden (South) include people, children and youths from nearby schools and tourists such as cyclist group. They can enjoy many activities such as drawing, plant photo taking, viewing demonstration of climbing to collect plants, pyroligneous acid extracting, and promoting income earning for people in cultivating decorative plants, supporting plant sprouts in a local planting activity as well as a yard for doing recreational activities for nearby schools. The youths can learn about natural resource conservation and use this garden as a learning center to raise awareness or arrange a scout camp. 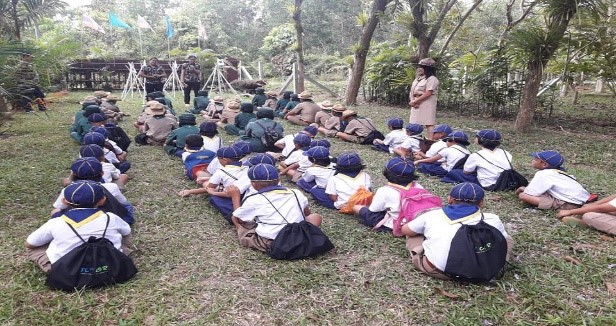 Above activities are in accordance with the policy “city forest and civil state forest for happiness of Thai people” of the government of General Prayut Chan-o-cha, supporting people to utilize the city forest which mean a forest area or cultivation area located in or near to a town. The government cooperates with local organizations and the communities to operate works in a form of public space where people can utilize it suitably under participation of local people in conserving city forests for sustainable happiness of people. 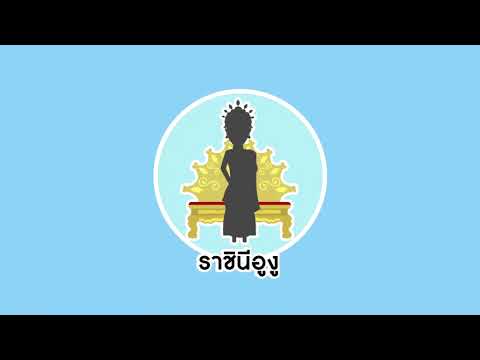 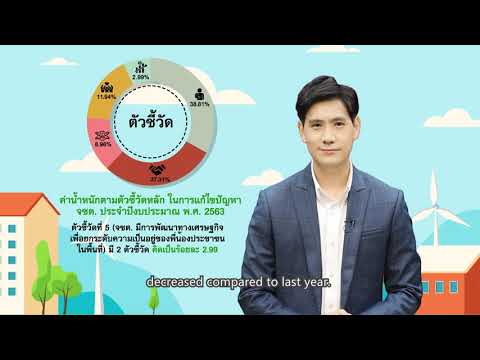 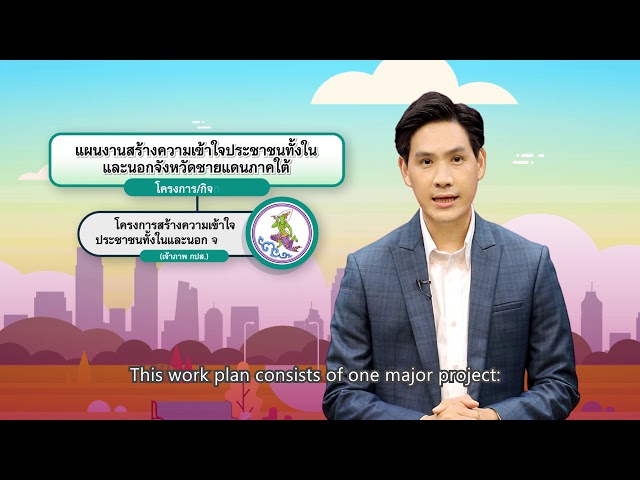 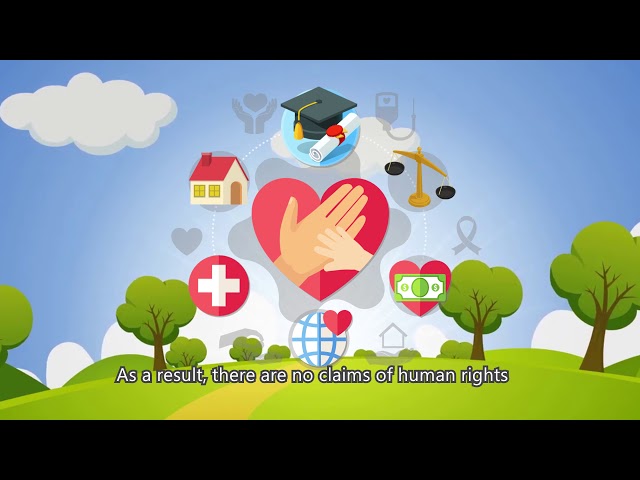