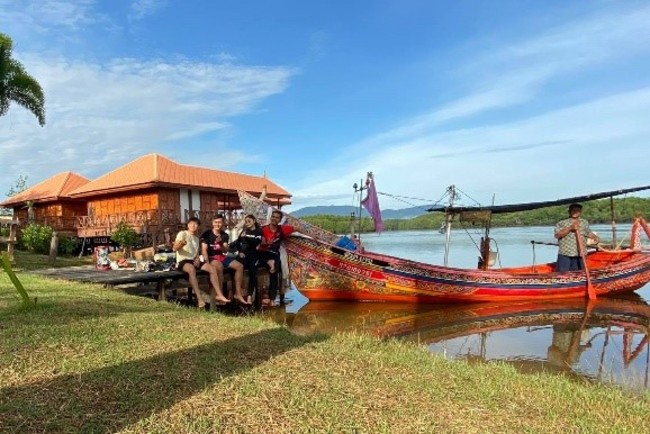 “Whenever I dive in water, I forget everything on land. I want to stay underwater, breath in, breath out, move my legs, appreciate amazing corals and beautiful creatures, and swim with fish. I feel so good and happy that I cannot describe it in words”

Hafitz Jemae, an underwater teacher or a diving instructor at Muscle Diver, Mueang District, Narathiwat Province, was like other new-generation people that graduate and work in cities. Hafitz was a personal trainer at many famous fitness centers and spent his life in Bangkok for 10 years without any thoughts to return to his hometown in Pattani. Until one day, he had a chance to travel to the sea and saw people diving. So, he would like to experience diving, and it was attractive that he finally resigned from his work and booked a diving course with a diving institute like Professional Association of Diving Instructors (PADI) immediately.

For the first time he dove in the sea, he was excited and seasick as he never spent his life under deep water. He was worried about breathing, floating. However, when he jumped into underwater, surrounded by seawater and seeing delicate sand and coral reefs with many fish swimming around him, he felt that he would like to be a part of this underwater world. He felt so good and impressed that he could not explain. So, he studied about scuba diving continuously. From the beginning of open water, he had to collect diving scores to be used to and good at floating until he developed to level 2(Advanced Open Water), level 3 (Rescue diver), level 4 (Dive master), and he finally becomes an instructor. From that day, he has been an underwater instructor for 13 years. 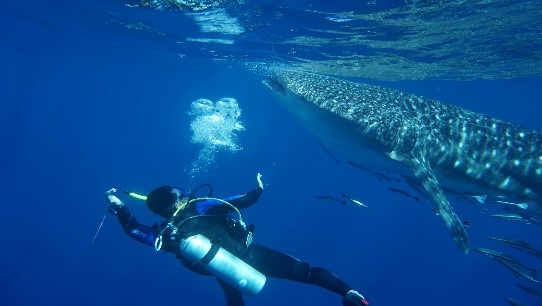 Once, Hafitz had a chance to dive in the sea of Pattani Province, which is his hometown, at 3 important points including Koh Losin, Koh Yue Lapi, Pattani Province, and artificial coral tank in Narathiwat Province. At that time, to dive at Koh Losin, he needed to take a boat in Songkhla and sailed to Koh Losin. He met a whale shark which is what every diver would like to see as it indicates fertility of the sea. Furthermore, there were many strange creatures such as Manta, Ronan, Ronin and other beautiful fish with corals, and pink coralline and dolphins hovering over water surface. The artificial coral was quaint and amazing and it was made from the tanks that used to be in a battlefield, becoming a home of fish, and this was absolutely new experience for him. 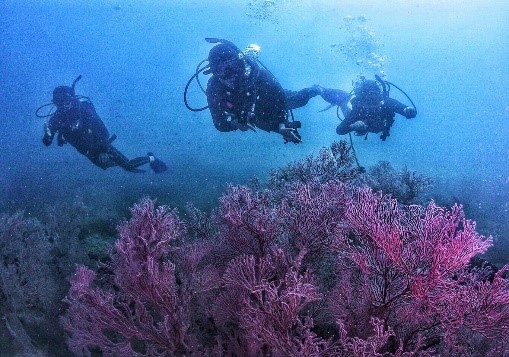 That diving trip made him realized that the sea of Pattani, his hometown, is unexpectedly majestic. This made him want to go home so that he could recommend areas to others and share his experience that made him happy. He could give a chance to new-generation people who have never known about diving and how magnificent the underwater world is, especially for the sea in southern-border provinces that is still abundant and appealing. Hafitz thus decided to go back to his hometown in Pattani and opened a fitness center as it was what he was good at. He intended to set up the first scuba diving school in southern borders in Narathiwat Province. He would teach diving in a swimming pool first and arrange a diving trip with Korlae boat to coral scenic points of Pattani sea including Koh Losin and Koh Yue Lapi, or the artificial coral tank in Narathiwat. His income may be less than working in Bangkok, but Hafitz enjoys being with his family and eating food his mother cooks along with diving and spending his life with fish and nature around him, and this is what he wants. 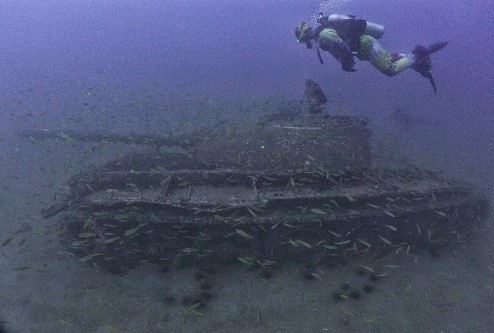 The concept of producing new-generation divers for maintaining environment

When Hafitz and his team bring the divers to embrace the beauty of Pattani Sea, apart from stunning nature, they see something unattractive which is waste stuck with coral reefs. It is not good to underwater ecosystem. So, every time they dive and see waste such as a plastic bag, fish net, plastic or others, they will collect them, hoping that the sea resources will remain the fish home and these beautiful natures will be with Thai people for long time. Finally, a diver volunteer group was set up and members help to collect waste around the coral reefs. 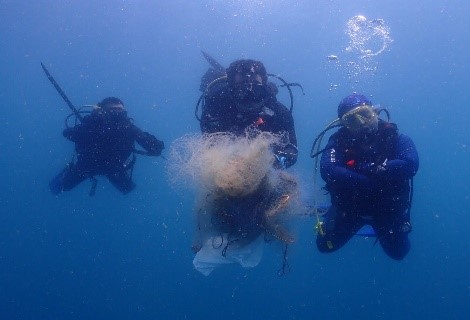 In august 2020, the group organized an activity inviting new-generation divers to collect waste at Koh Yue Lapi, Pattani Province, a fertile area with varieties of corals and aquatic animals. The beginning of this activity was that a group member dove and saw a large fist net covering the coral reefs because fish boats hauled the net that it was stuck with the tank. So, the group helped to remove the net from artificial corals with small fish and waste stuck with the net. After that, the waste was sorted and delivered to the municipality for further action. From a small group, there are more than 50 divers now who are ready to protect the underwater environment for their descendants to appreciate and conserve this beautiful nature. 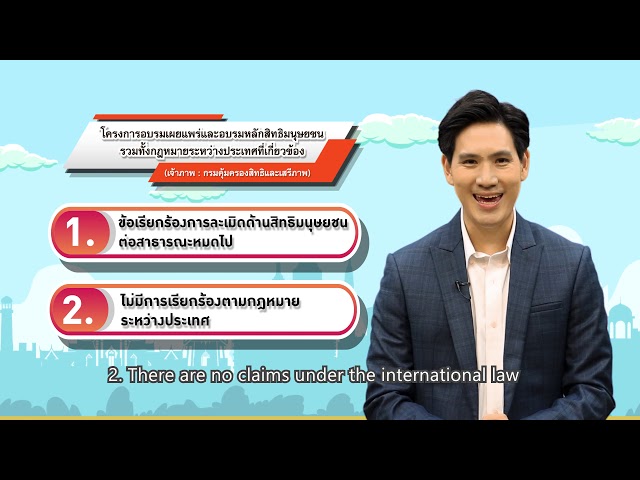 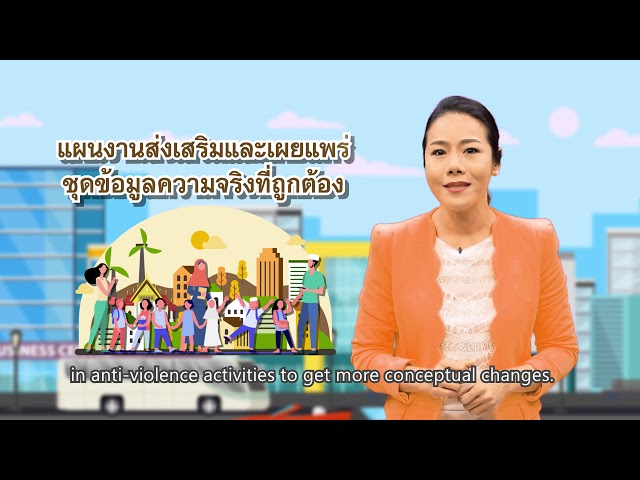 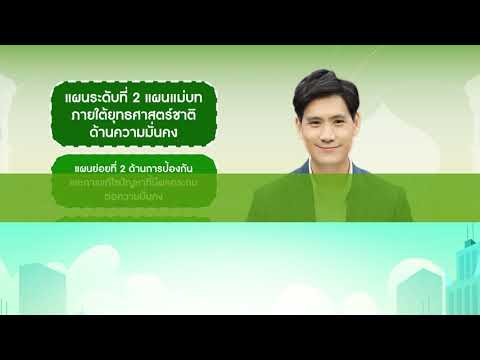 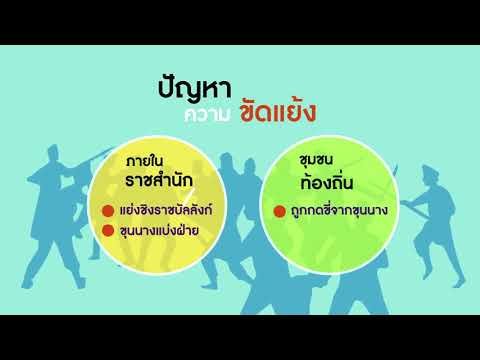