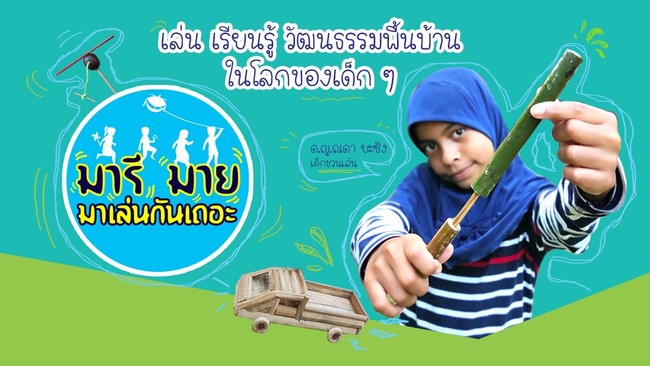 Mari Main is Malay meaning “let’s play”. It is a TV program for children, airing in October 2019 until present on Thai PBS Channel every Saturday from 07.40-08.00 hrs. It presents stories of local plays in southern-border areas through story telling of the locals with Nada as the host and friends from different communities asking the audiences to learn backgrounds of the plays.

What do the southern-border boys play?

Nada is a representative of new-generation southern-border children. With her way of living in her modern family, she has a chance to learn various traditional plays from being the host in this Mari Main Program. In each episode, she travels to many communities and learns about plays of friends in that community. It is obvious that each play is related to natural and cultural contexts of each community

Krue Toh Drum in Sakor Sub-district, Su-Ngaipadi District, Narathiwat Province. It is a play of Thai-Muslim people, and it is a percussion instrument, played after the rice harvesting season. Mostly, it is played and competed in form of sound. Krue Toh used for competition is made of hardwood because it produces sonorous sound.

Maleyu Top:  In Raman District, Yala Province, there is a local traditional play that has been inherited to new-generation children, which is Khasing Maleyu or Maleyu Top, which is rare at present. 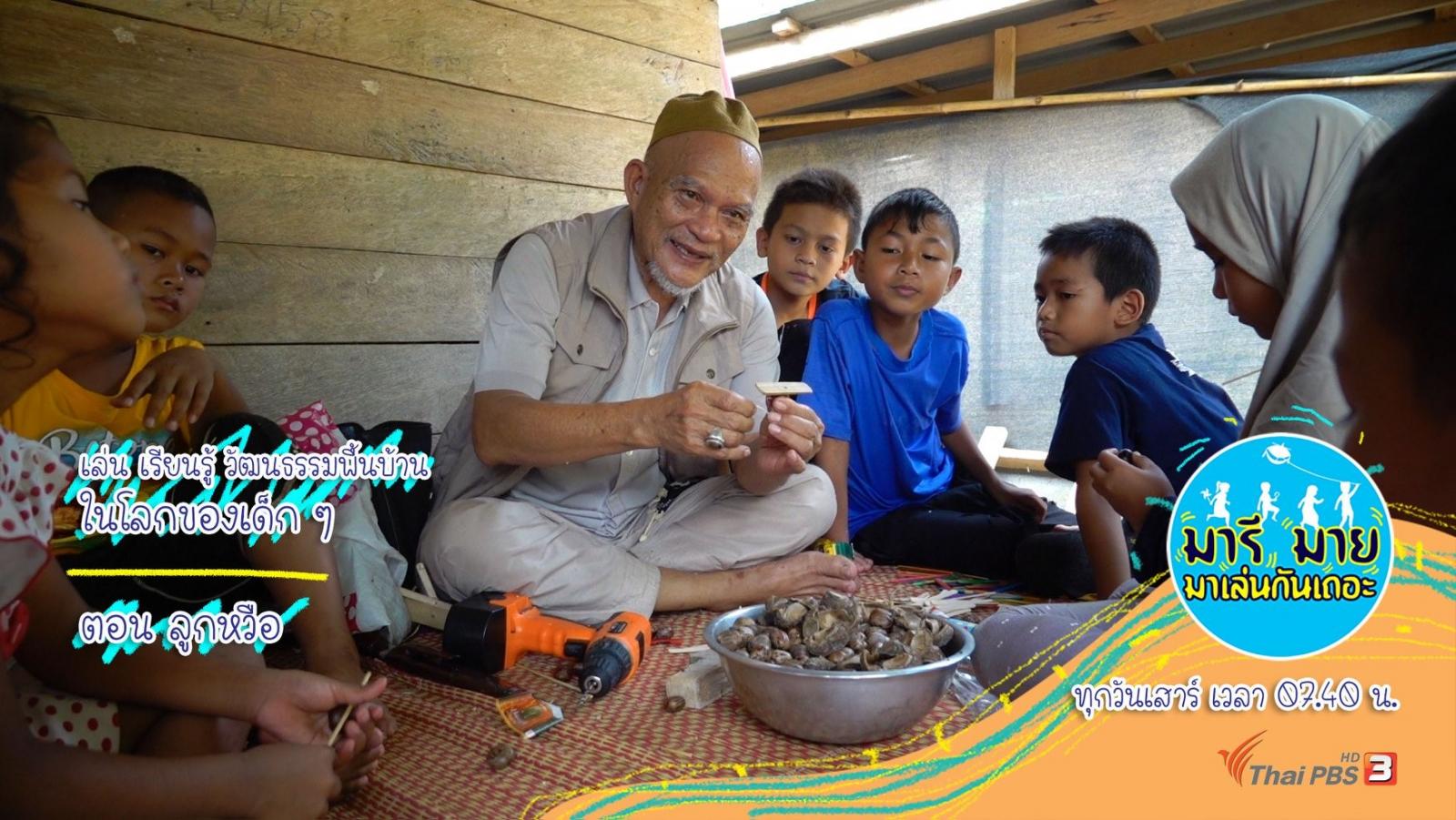 Luk Wue: In Aiyerwang Sub-district, Betong District, Yala Province, most areas have high mountains with good weather and fog all year long, and it has a number of rubber-tree farms. “Rubber-tree seed” is a main material used to make “Luk Wue”, a popular toy that has been existing since grandparent’s generations.  When the rubber-tree seeds fall to the ground, the children will collect them to make a toy.

Chab Phong: At Ban Laem Community, Nong Rat Sub-district, Yaring District, Pattani Province, a number of bamboos grow and the children use it to make a toy called “Chab Phong”. They play it by filling soaked paper ball or Luk Pla called “bullet” in a small bamboo, then using a wooden stick to push it with all the power they have. This press will push the bullet to move out rapidly with a bullet-like sound “Chab”. When the bullet blows out, there will be sound “Phong” and these 2 sounds are the origin of this kind of play.

Can car: In a community next to Budo Mountain, Karubi Sub-district, Kaphor District, Pattani Province, there is a popular toy in the past, made of trash like milk cans from tea shops and bobbins from the clothes shops. The children will make a can car in which a candle is added as light when they travel to read the Quran at night.

Farmer School in Waeng Sub-district, Waeng District, Narathiwat Province is school teaching ways of rice farming by turning a crisis to opportunity from the rice farms that have been deserted for ten years. Here, it is a learning center for children to try growing rice, catching fish, and swimming. They also learn how to make a rice straw flute that adults often make for the children to play and compete about who has better sound of flute.

Learning culture from desserts and foods 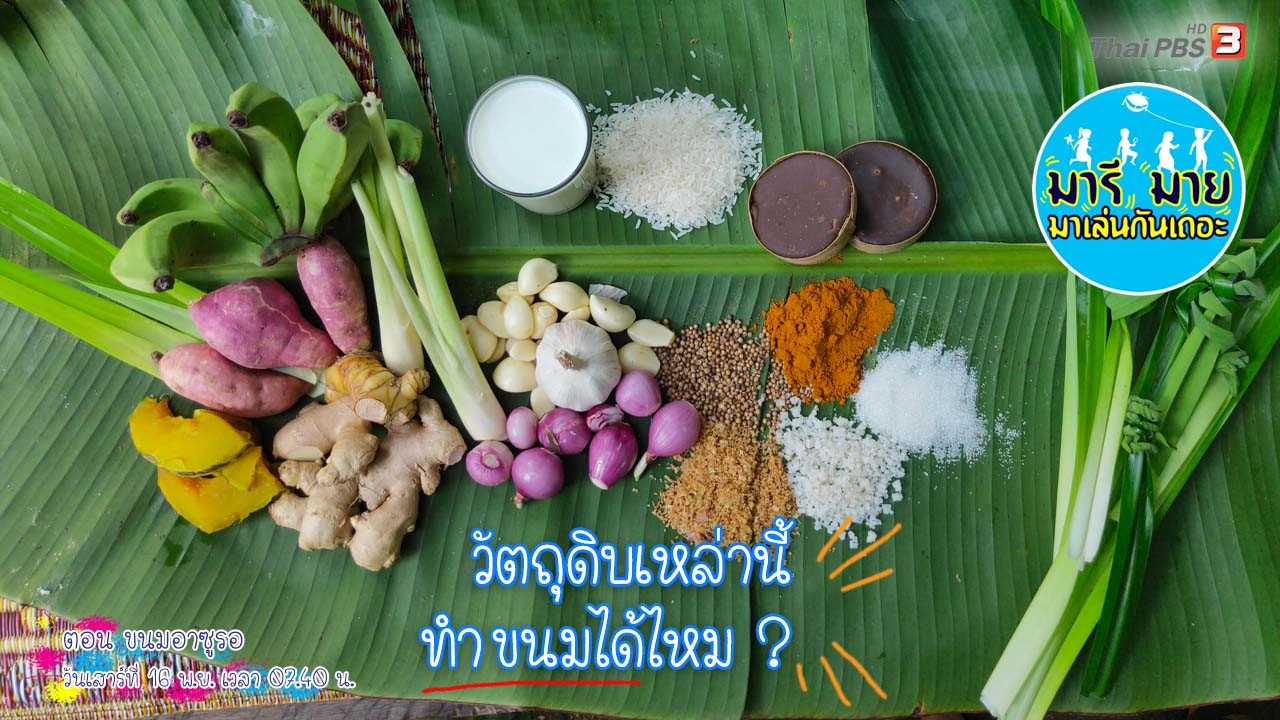 Apart from toys, Nada also take her friends to learn how to make local ancient desserts and foods, connected with natural resources and local cultures

Asure Dessert at Ya Deh Village, Mamong Sub-district, Sukhirin District, Narathiwat Province. This dessert is made from various ingredients in the village without fixed recipe. It can be a meal or dessert. The term Asure is Arabian language meaning mixture or combining, and it is made by stirring like Thai sweet cereal bar.

Nileng or Bai Liang Pa Dessert: Aipu Long Village, Mamong Sub-district, Sukhirin District, Narathiwat Province is surround by rivers, and is an area where Nileng, a traditional sweet is made. It is made from flour like stuffed dough pyramid, coconut and Liang leaves. This kind of sweet is available in Narathiwat Province only around mountain area.

Tupa Sutong: sweet boiled stuffed squids. At Panare Village, Panare District, Pattani Province, squids are stuffed with sticky rice and boiled with coconut milk. It is sweetened with palm sugar and sugar. It is not food nor dessert, and it is available in restaurants in the southern-border areas

Purple rice salad is a signature local dish in Phor Ming Sub-district, Panare District, Pattani Province, which a cultivation area of rice and vegetables, especially Pan Samor Tree which is main ingredient of “Rice Salad” as it produces purple color. When it is squeezed and mixed with water, the water will be in dark green, but when it is heated, it will turn to purple.

“Mari Main- Let’s Play” is an opportunity to open new spaces for southern-border people to communicate stories and good viewpoints to other societies, especially the perspectives about children’s plays in southern-border areas as well as way of living, cultures and religions that new-generation children have less opportunity to learn about this. 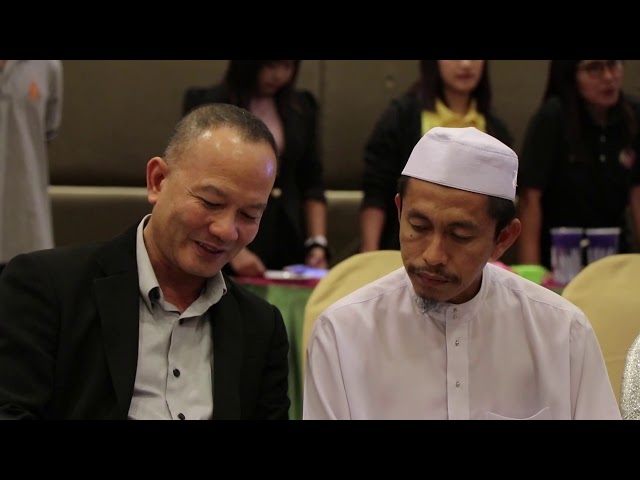 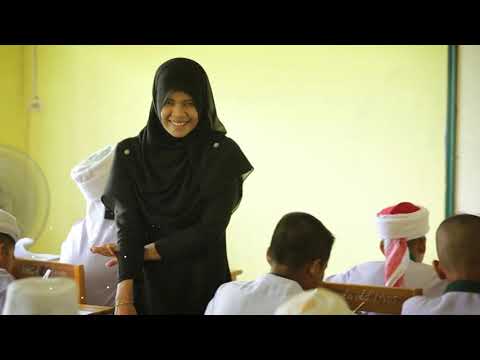 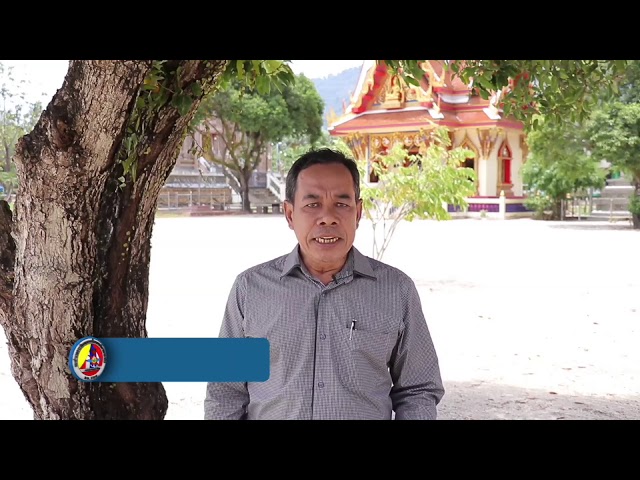 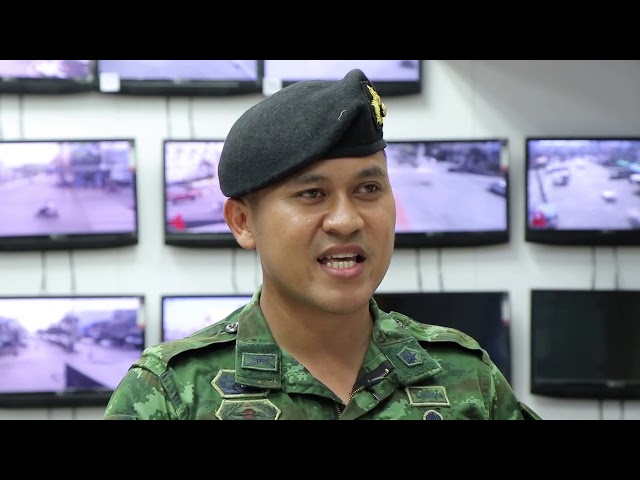