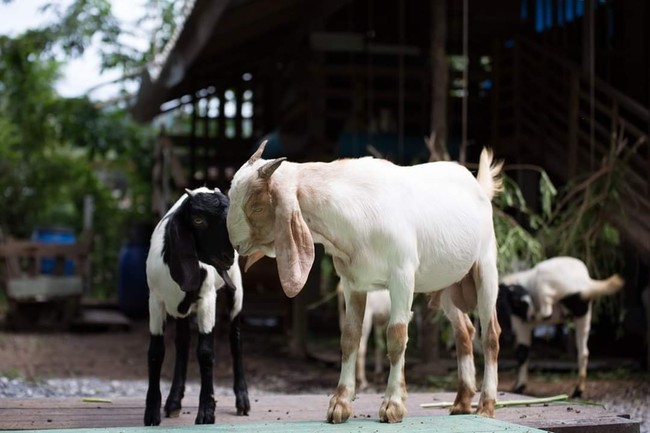 Originally, villagers in southern-border provinces worked in rubber-tree farms, orchards, rice farms and raised animals such as cows, chickens especially goats, which were directly related to cultural way of local people as the goats were used in religious rituals especially in Islam. According to information of the Department of livestock Development in 2019, 5 southern-border provinces including Songkhla, Satun, Pattani, Yala and Narathiwat had most goats and goat herders in Thailand with the number of goat herders accounted for 66.45% and the number of goats equal to 30.14%. Although the rate of goat herding/ household substantially decreases, most goat herders raise around 1-6 goats/ household as its meat is used for religious rituals and household consumption, and they raise the goats in natural way that they are fed in rice and crop farms.

Previously, the government had a policy and guideline for “development” as a direction for problem solving with emphasis on development to create jobs and occupations for local people in southern-border provinces as a shield from being induced to cause movement and unrest. Promotion of goat raising as economic animal is another approach that this kind of animal can be herded commercially and people can do this as their main or extra occupation.  As the goats are easily raised with not high costs, and they can feed themselves, be resistant to climates, strong, and not easily contagious to diseases, the goats can produce milk and meat, which contains protein more digestible than beef, pork and chicken, and lower fat than other meats. Moreover, goat milk is highly nutritious, and goat droppings can be used as manures while its blood and bone can be processed as animal fodders, and its leather and hair can be used as a material of utensils. 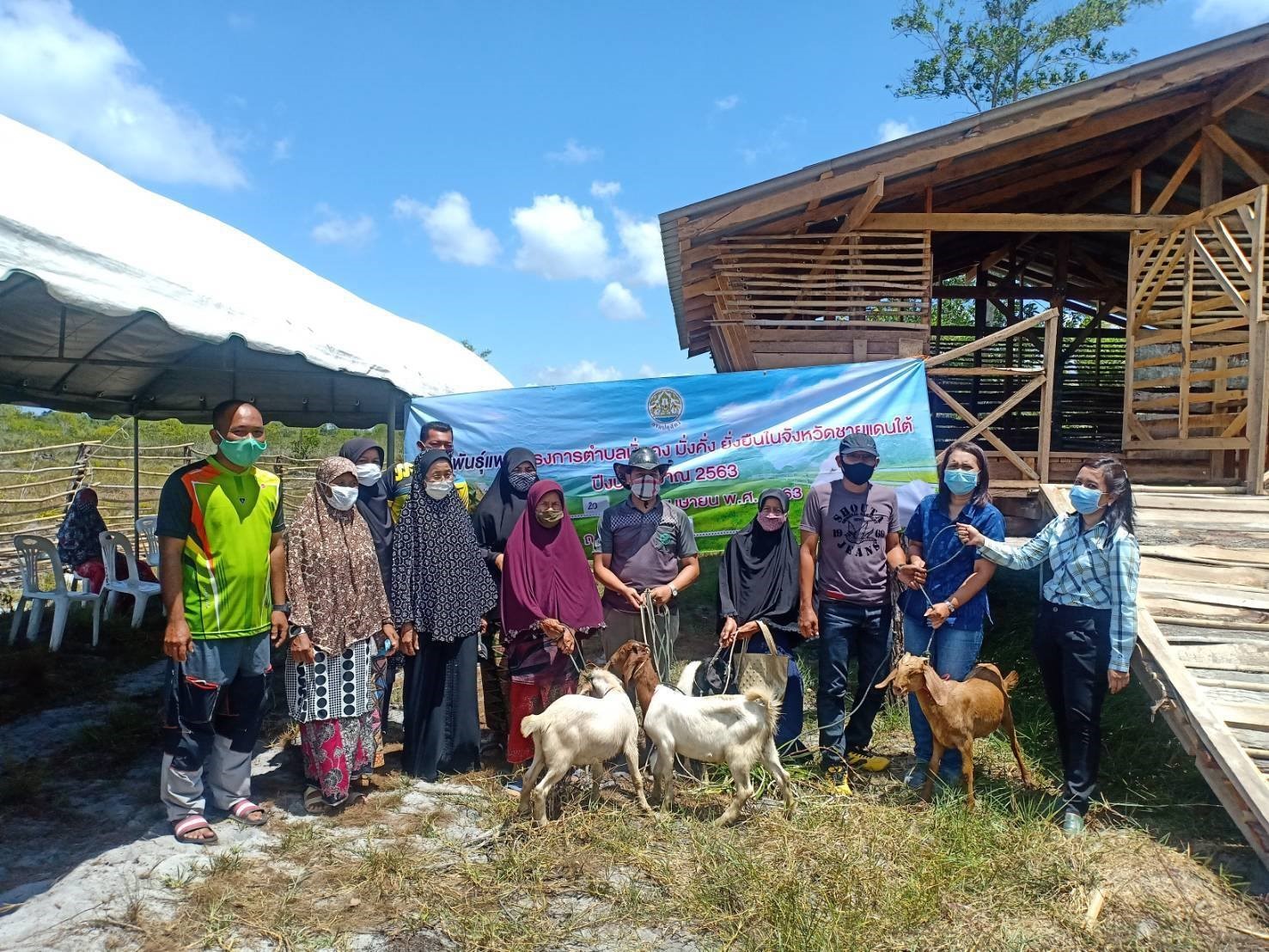 The Department of Livestock Development realizes important and benefits of raising goats in three southern-border provinces, and promotes local farmers to raise goat to generate income, stably, prosperously and sustainably according to the government’s policy. It assigns the Office of Livestock Development in Yala, Pattani and Narathiwat Provinces to select a target farmer group in southern-border provinces for 1,000 persons to participate in the “Goat Bank of Santisuk Sub-district in Southern-Border Province Project” which has been operated since 2017, consisting of 250 farmers from Yala Province, 550 farmers from Pattani Province and 250 farmers from Narathiwat Province. This project.

Nevertheless, the Department of livestock Development provided and delivered authentic goat breeds to farmers for further breeding under a condition that the first generation of farmers receiving the authentic goat breed shall return the first goat kid to every group for further extension to other farmer members in next generations. A farmer would receive 5 goats including 1 male goat and 4 female goats. There were 3 authentic breeds allocated by the Department of Livestock Development, which were local goats in southern region, selected and improved the breed with features and qualities, corresponding with living way of local farmers. These goats could be commercially raised, and identities of southern-border local goat breeds could be constructed i.e. Bang Nara Black Goat, Node Wang Phaya Goat, and Samila White Goat. 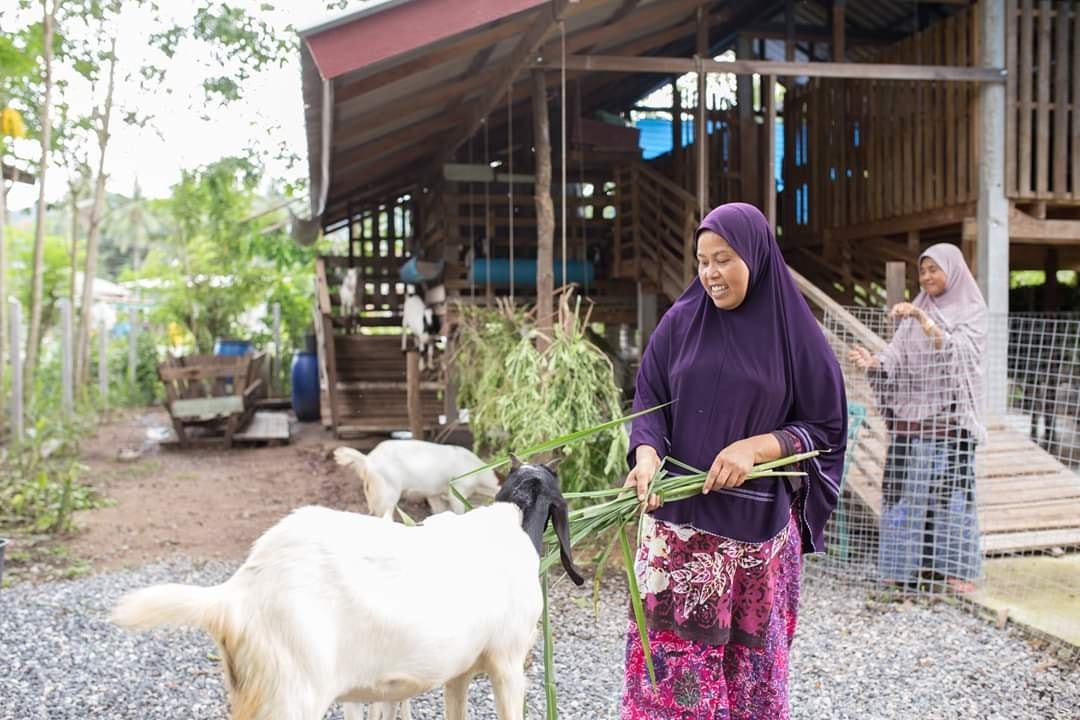 Pidthong Langphra Foundation Inheriting Royal Idea is another organization working for development of southern-border provinces by developing model area under the royal idea since 2016 in 6 villages of three southern-border provinces. The operations were performed in phases. The 1st phase was to be sustainably surviving and self-reliant with focus on household agriculture and consumption, followed by existing occupation development and new career promotion. An example of success in this project is Ban Surao Community in Tha Nam Sub-district, Panare District, Pattani Province.

Pidthong Langphra Foundation developed areas in Ban Surao Community in 2017 by solving a problem of shortage of water for agriculture before promoting livestock development. There were 12 goat herders who have raised goats for years, and the goats were highly needed in southern markets. However, the number of goats raised in areas of Surao villagers was inadequate to customer’s need because each day, many customers from other southern-border provinces purchased goats almost every month to be cooked for celebration of newborn babies. 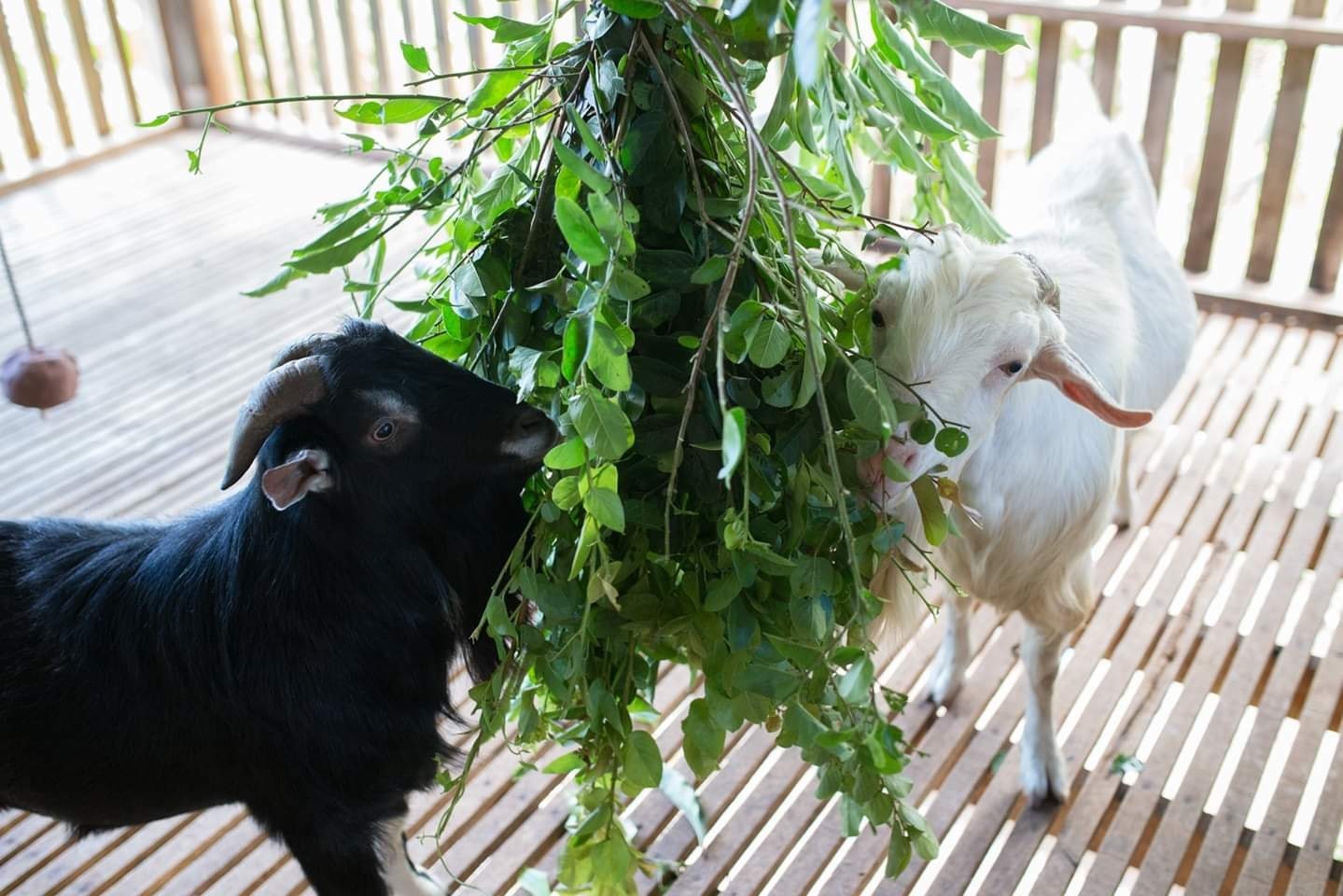 At initial stage of promotion, after collecting community data and surveying villagers’ need, Pidthong Langphra Foundation took 5 farmers to have a field trip in other provinces where goats were raised all over the country so that a suitable method could be adapted to suit environment in the community. Additionally, a royal goat breed was granted by HRH Princess Maha Chakri Sirindhorn. It was Bengal Breed to be extended for building up career stability. The goat would be bred to have standard quality as needed in marketplaces with support of a goat house provided that Pidthong Langphra Foundation supported the design and budget, asking villagers to cooperate and work together. 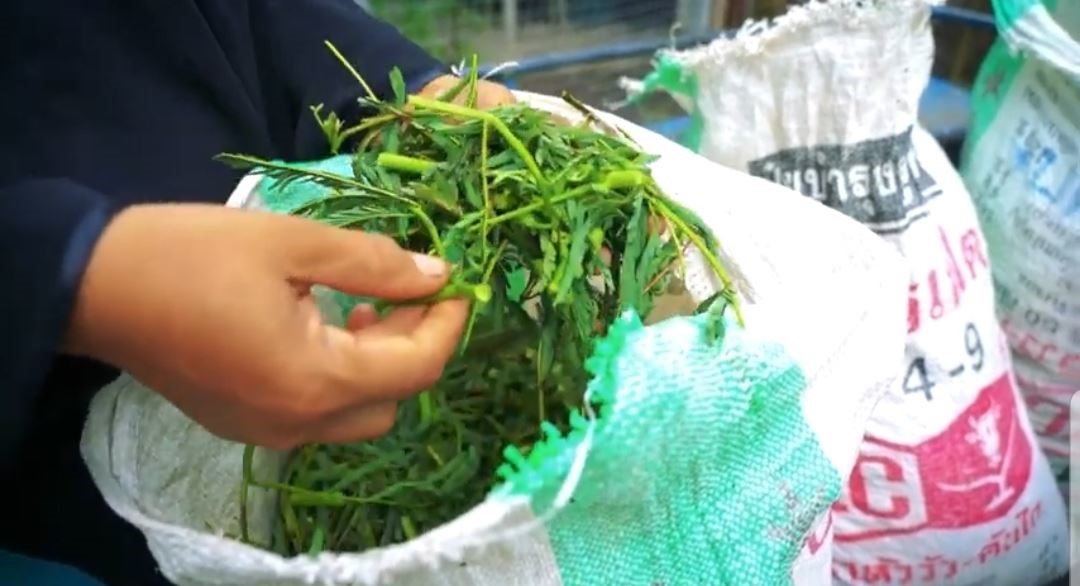 Another strength of the goat herding learning center at Surao Village, Tha Nam Sub-district is the combination of modern animal husbandry knowledge with local wisdom of well-informed villagers such as local herbs for goat healthcare as well as local plants as main food for the goats. The most outstanding local plan is Phak Krachoot (ground mimosa), growing along canal that the villagers would harvest and chop it in pieces for goats. They may use Napier grass, Noni leaves, Mamao leaves, Quick stick leaves and natural vernacular plants alternately. Sometimes, the goats were released to feed themselves and exercise. From experience of herders, the goats eating Phak Krachoot would have smooth hair, chubby body and good health that Pidthong Langphra Foundation collected a sample of Phak Krachoot to test for nutrients and they found that it contains higher protein than other plants, and it is suitable for feeding animals.

From the navigation project with only 25 royal goats, when combining with a systematic raising method, transmitted from different organizations, at present, Tha Nam Sub-district has approximately 270 goats, and Panare Disrrict has around 7,000 goats. At first, the goats were raised randomly, and 5-6-month-old goats could be sold for only 6-7 thousand Bath at a time. when being educated, the farmers keep female goats for breeding and they presently have tens of breeders, that they can sell goat at a time up to 20,000 Baht. Apart from goats, their droppings can generate income for farmers also, as they can be used as manures. 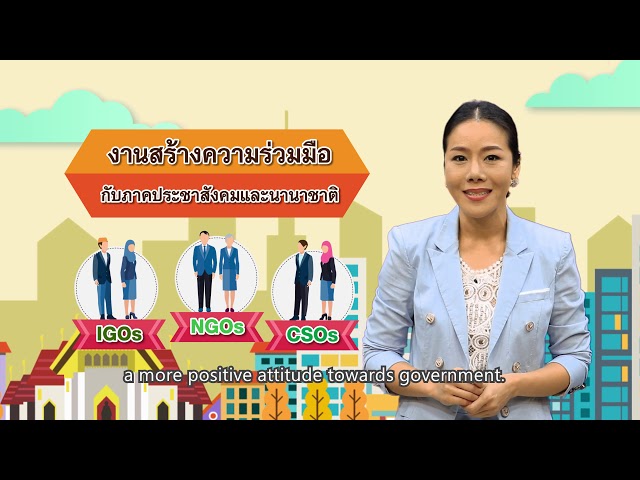 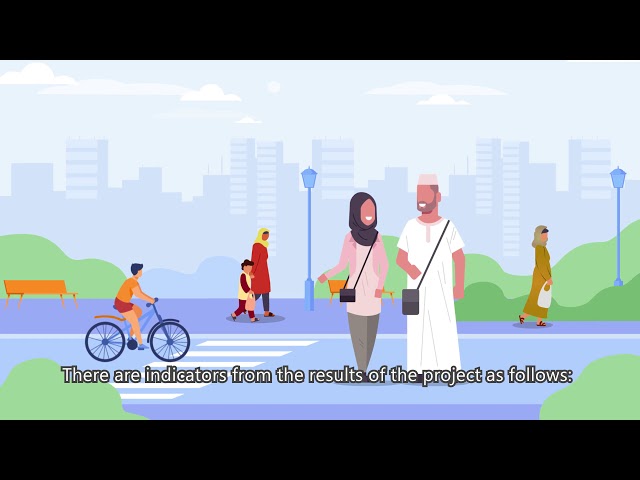 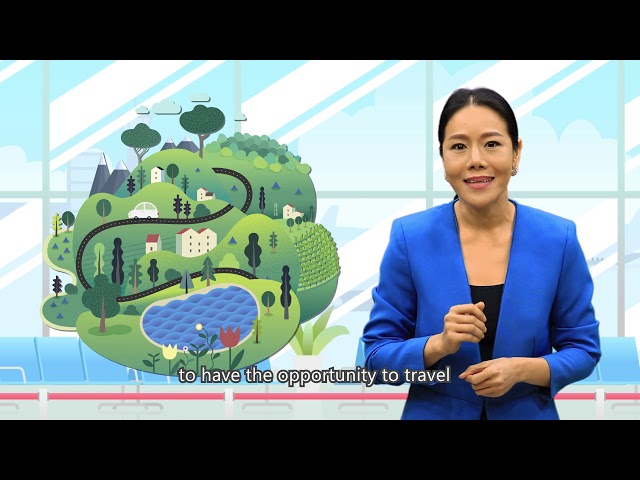 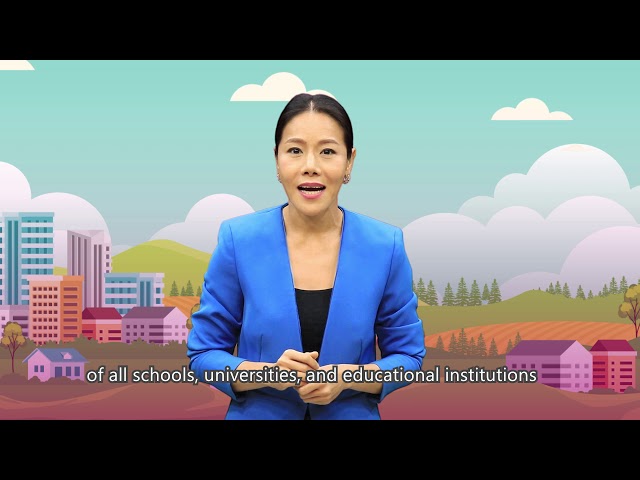